You can increase followers and even buy likes, but one thing you can’t buy in this world is authentic, adequate comments from real people. It’s almost impossible to get them through any service providing artificial PR. I mean, it’s still possible, but extremely hard to find. Not to mention, even if you do find someone to provide quality comments for you. They still won’t be as authentic as the ones written from the heart.

So what can you do when you need the comments and they are really important for your account but you just don’t seem to receive any? The people check out your photos, sometimes even like some, yet no one is commenting on any of them. It almost feels unfair, when you know your content is quality and you look at someone else’s picture that doesn’t seem to be as interesting, yet the engagement on it is tenfold higher. If you’re ready to tackle this problem then, follow me and I’ll guide you through the process.

I know, I know. It sounds controversial and less than appealing, but the reality is if your account is stuck and doesn’t seem to receive any comments you have to take the matter into your own hands. Everything seems scary at first, just think of your first kiss and how much easier the second and the third ones were. The same story applies to the comments.

First of all, I’m never that eager to write comments first. In this case, more than ever the principle of social status kicks in. Imagine a situation, when some brand is offering to vote presenting two choices: a strawberry cheesecake or a carrot cake. You know you want that cheesecake, but there are no comments written yet. The time is passing, you want to comment but no one seems to be engaging. So you start thinking, what if I leave the comment for the cheesecake but majority of the people will pick the carrot cake? You’d feel uncomfortable and left out.

More often than not these thoughts are what goes through the mind of the person when they see that no comments are left below the photo. So, if you’ve never had any comments left underneath your pictures and you haven’t taught your followers to do that, simply resort to lies and deceit. Yes, I’m being overly dramatic.

Create several fake accounts, make them look more or less presentable and start commenting on your main page. One thing to bear in mind, I’ll give you an example of what NOT to do under any circumstances. Never create an emptyfake account. It might seem easier to do, but it’s highly unadvisable. Some of your followers, when they see the comment made from that profile, might open it. You don’t want them to see a plank page with zero posts and zero followers. It will be much too obvious that you have created the page yourself.

Make sure your fake accounts look as realistic as possible. Fill it with any sort of content you like and follow a few dozens of people. It doesn’t have to be a lot, but as long as there are some actions taking place.

Once you do that, go ahead and start commenting on your photos. But make sure those comments sound adequate as well. Don’t go overboard just because you can. Keep it realistic and engaging, for others to join. Also, interact with those comments! Don’t be afraid to respond to your own fake comments. This way you will show your followers that you want to engage and you appreciate their time and effort.

Step Two – Interact With Your Followers

This is probably one of the most common and obvious advice on social media, but it’s one thing that truly works. Interacting with your audience is crucial for a quality engagement. Don’t just communicate with them, but talk in a normal, down to earth way. Forget all the press releases; they won’t work in this case.

The best way to interact with your audience is through questions and content that spurs debate. However, be careful not to pick any controversial topics. This will lead to negative reactions and arguments which you need to stay away from. Try to stick to neutral topics where you can give your valuable advice and still keep the people interested and wanting to engage. Also, keep those questions or topics related to your business or the niche you’re in. You don’t want to redirect the focus from your brand.

Let’s talk a bit about Instagram captions. The photos you post, take first place on the importance scale, but right after that come the captions. People look at the content, appreciate it and then look for the caption. This is where you can make them want to comment. So make sure the captions you post are interesting and they come from the heart.

With a quality caption comes a question afterwards. Don’t forget to ask your audience something related to the story you posted. Make them want to talk to you.

If you are asking questions you have to do it from the heart. Having a fan base of mostly women, they will most likely answer the question “what are your plans for today” but…come on? Try to touch your audience’s soul through your stories and make them want to engage through that.

I hope you don’t still think that asking questions doesn’t reap any benefits. There are tons of cases when a blog post that normally receives 30+ comments, didn’t receive any simply because they forgot to post a question in the end. The followers decided that likes are enough and ignored the commenting part.

This should come as basic decency, but I will still mention it just in case someone is not doing it. Answer the questions your audience has! If someone is posting a complaint and telling the company about their problems regarding a product or a service, but the brand is simply ignoring it, prepare for trouble. You absolutely can’t ignore such situations. Moreover, you should even reply to the positive comments. Try showing your customers that you care about their feelings.

Probably the easiest way to make your audience engage in tens or even hundreds of comments is by making them decide. Give them an opportunity to vote for one out of two-three-four choices. It always works.

An even more effective method instead of simple voting, that has no real value for the followers, would be to create an illusion that they have some power and influence on your brand. Ask your audience what design they would prefer the most for the logo or what product in their opinion they would buy. Be creative and make your followers feel valuable.

Step Six – Don’t Be Afraid to Ask for Comments

No shame in your game. Your followers will sympathize with you if you stay authentic and true. Simply ask them for the comments, an example off the top of my head “Leave a comment and tell me what you think!” There are tons of examples – do a little research and you’ll be set.

Asking for comments is similar to asking questions; the only difference is that it includes unrelated questions as well. If in the first one you ask questions related to your brand, then in this case you can ask any engaging question you like. A few examples would be “Where would you want to spend your next summer holiday?” “What’s your opinion on makeup?” These questions are neutral, yet they make your fans want to answer them. Just don’t forget to pick questions based on your target audience. You don’t want to be asking your female fan base what car they would want to buy.

Consistency has always played an important role in any aspect of life. On Instagram it matters just as much. You might think if you don’t have a big following, posting daily seems like a waste of time. Don’t get fooled by these thoughts. Your small fan base appreciates you posting regularly, even if they don’t show you any love.

Posting content on a daily basis gives your audience a chance to engage with you. Doing it at a regular time creates a schedule and develops anticipation in your audience. It’s important for a steady account growth. Nothing happens overnight, if you want to grow your account you need to take it step by step.

When I say post daily, don’t confuse it with posting several times during the day. There is a boundary that you should not cross. Providing content on a daily basis allows your followers to stay entertained. Posting several times a day might will most likely annoy them. Think of it this way, would you want someone’s photos to pop up consistently throughout the day? It would pollute other people’s pictures. Posting too often drops the engagement by a lot, so try to be rational.

On the other hand videos will increase your engagement. A video contains more content than an image does and it tells a bigger story. However, Instagram videos can be a little tricky. The editing is not as simple as it is for images, so be careful. If you don’t know how to use editing software, learn how to do. Otherwise, with a poor quality video you might end up showing your followers how much editing you do on the images.

This one is about getting direct engagement from your followers through posting their content on your page.  It might sound bizarre at first, but in fact it is a very beneficial strategy. Your aim is to gain your followers’ attention by featuring their photos on your page.

You can feature your users in many ways. For example, a contest is an easy way to do it. 1. Figure out what prize you’d want to give out. 2. Pick a topic for the contest. 3. Set the rules and a deadline. 4. Promote the contest and you’re ready to go. Once the contest is over, pick the winners and start featuring them on your page as a form of announcement.

Another method is by creating a challenge, something along the lines of “30 Day Get in Shape Challenge”. For this one you’d probably also have to participate, unless it’s a challenge that doesn’t require it. The same concept applies here. After the challenge ends, pick the winners and feature them on your page. This would show your followers that they have a chance to appear on your account and it would motivate them to engage with your photos more. 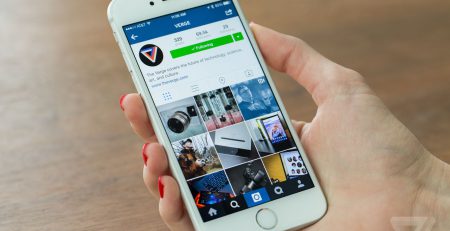